The SMI Aconcagua 2017 Team reached their hard earned summit on Wednesday, January 18th, 2017. They were overwhelmed with their accomplishment 🙂 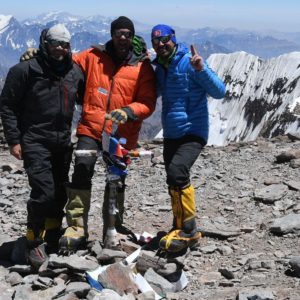 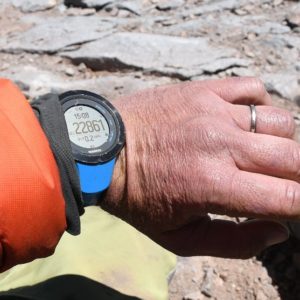 Kurt Wedberg snaps a picture of his Suunto watch, revealing the reason behind why the air feels so thin on the highest peak in the Western Hemisphere. 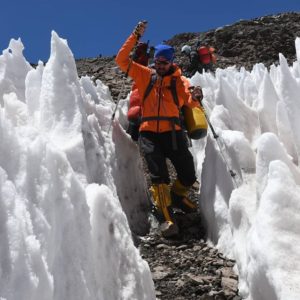 On their way down, the team negotiates the 7’+ tall penitentes. 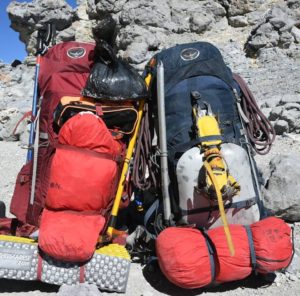 A couple of fully loaded Osprey Packs at 19600′ ready for the descent from Aconcagua High Camp! The pack can hold the weight, but the team definitely had their work cut out for them, getting these down! 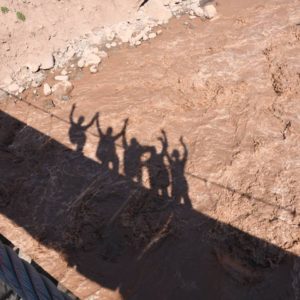 The team pauses at their last bridge crossing right before reaching the trail head to revel in their accomplishment. 2 arduous weeks later, they summited the tallest peak outside of Asia. Such an amazing feat!!